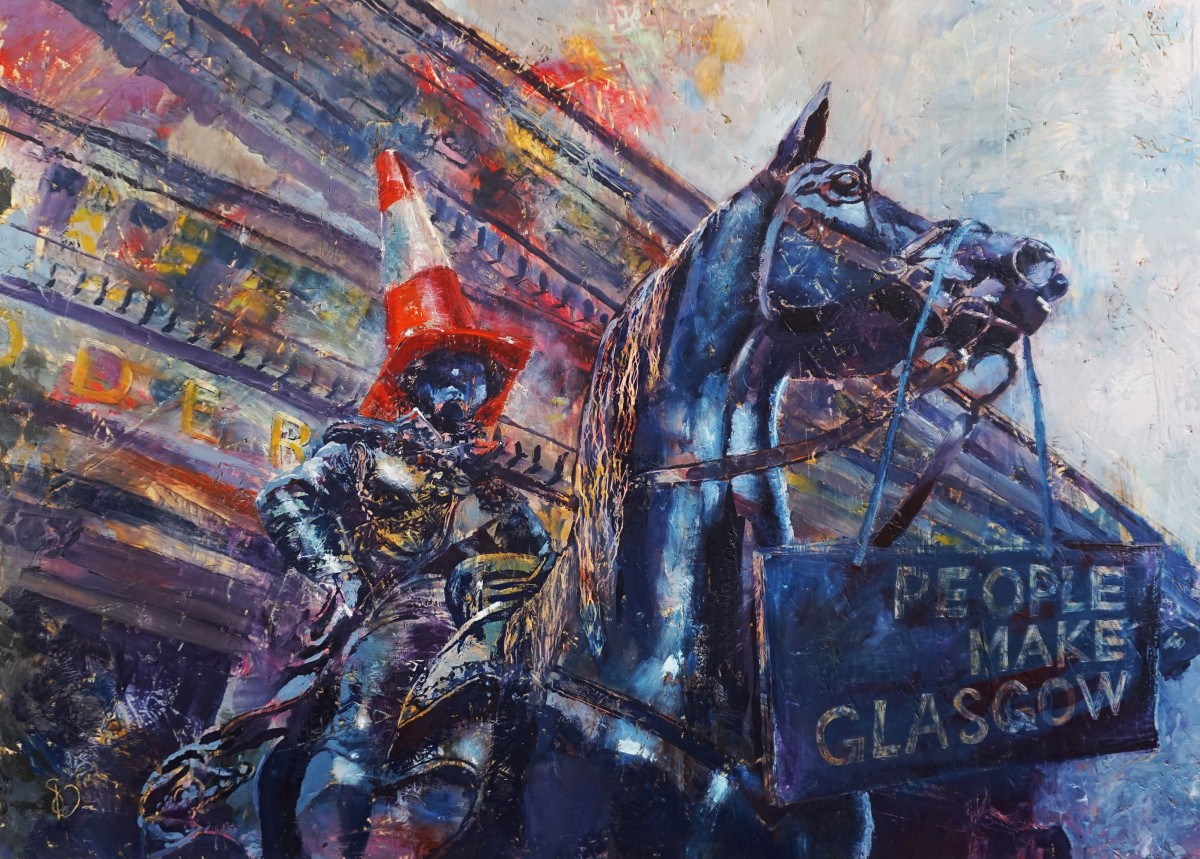 Where did you get your inspiration for this piece?

Walking through Glasgow, I was amazed by the Wellington statue in front of the Gallery of Modern Art, with a traffic cone on its head. As I learned, it has become common practice since the ’80s to “crown” the Wellington statue despite all efforts by the authorities to remove the cone and prevent “unknown vandals” from “desecrating” the statue. In 2013, the city council would have even raised the pedestal of the statue by several meters by the time a “Keep the Cone” campaign was launched as a civic initiative, joined by 72,000 supporters on the first day. The council then decided the cone was part of Glasgow’s culture.
The citizens of Glasgow have thus elevated humor and artistic freedom to a level of national greatness and pride, reinterpreting their national identity. In my painting, I pay tribute to the citizens of Glasgow. 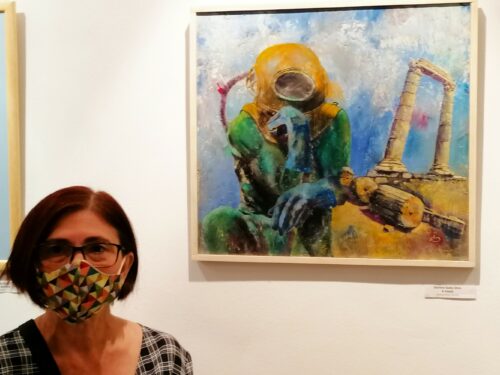 What is your creative process?

This painting is pure encaustic, with hot wax, and pigments on the OSB panel.
I’ve chosen the ancient technique of wax painting as my primary mode of expression. It has fascinating durability, the colours do not fade over time, they retain their vividness, and the surface never cracks. The self-made wax medium makes the images more physically resistant to scratches.

My encaustics is about are made at 80 degrees Celsius. This process requires a completely different approach than painting with oil or acrylics. During the painting process, the wax must be heated over and over again to continue the work.

In recent years, I have been using OSB as a base. By scraping back the layers of paint I use the texture of the veneer as part of my compositions to create a unique rustic industrial atmosphere. 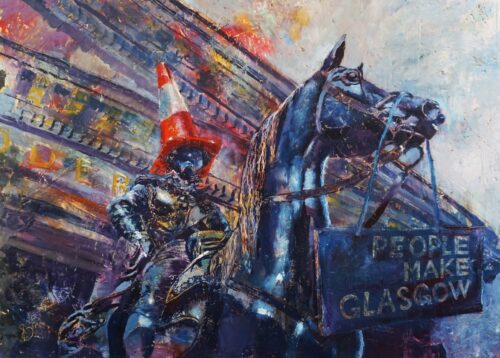 How long did it take you?

My working process usually takes a longer period and takes several weeks when I consider my painting final.

I declare myself as a politically-minded painter who is interested in public life and social and economic processes. I present my particular vision in those works. 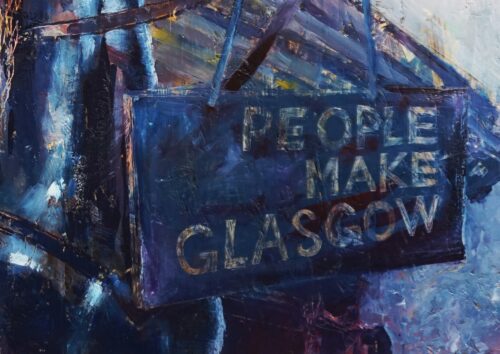 Artwork of the Week: Forest Light by Stella Dunkley 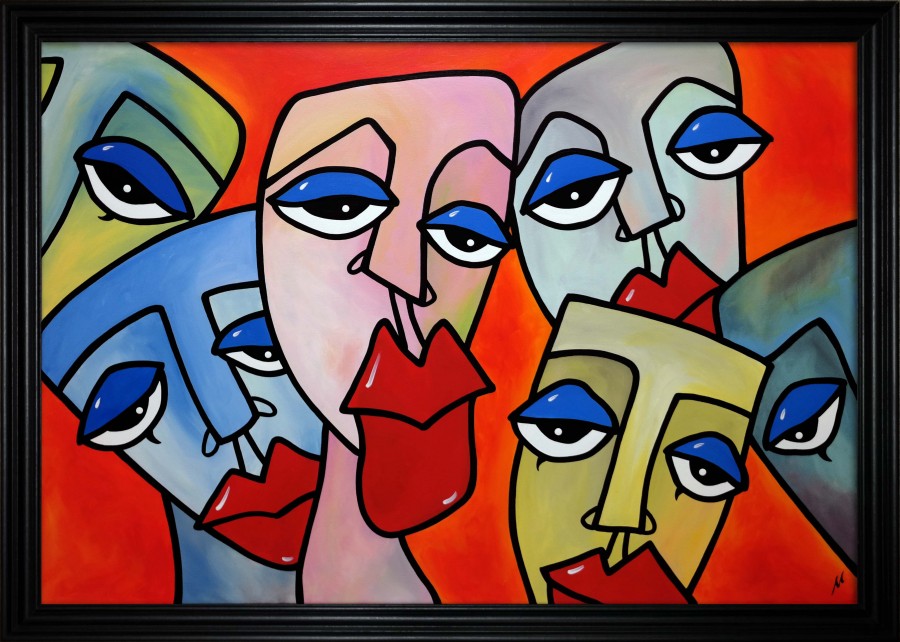 Artwork of the Week: Light Show by Candida Slater