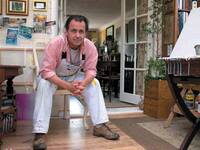 Based in Poland
Born in 1962 in Poland in 1987 he graduated from art studies at the Academy of Fine Arts in Krakow. He is a painter, illustrator and graphic artist. To this day, he had over 300 exhibitions. In 1996 - 2014 he lived, created and exhibited in Great Britain. From 2002 - 2013 he was a resident artist in London's Regent Park, and since 2009 he has been working with the National Trust National Trust, as their painter for the South East of England. He also painted a series of representative gardens of North Wales. His artistic reflection of nature has been awarded many times, including: the first place and the award of The Artist Magazine in 2006, as well as awards funded by Windsor & Newton, Pro Arte, Caran D'ache and Royal Talens and others. In 2006, he was awarded the main prize from Nina Hosali's "Free Painters and Sculptors". In 2000, he received the award for "The best captured ghost of Holland Park". In English galleries with which he has been collaborating for many years, he was a chosen artist of the year several times. The artist doesn’t paint just landscapes. In 1993/94. realized a project of 30 portraits entitled "Velis Passis". He met and portrayed renown authorities who, through their work and creativity, exerted enormous influence on him. Jerzy Prokopiuk called these portraits "landscapes of the soul". Ryszard Kapuściński in the introduction to the catalogue of the exhibition "Velis Passis" at the Krakow Palace of Art emphasizes "the unity of color images, perfectly captured balance, harmony and harmony of colors". He observes the impact of Impressionism, but enriched by movement, expressing the rush and enormous pace of modern man's life. In 1997. he painted collections of 40 portraits of significant figures of London emigration, these paintings are shown in the Museum of Diplomacy in Bydgoszcz. In addition, he still paints portraits of important fugures. One can mention the portrait of: Sir A. Panufnik, Feliks Topolski, F. Bacon, L. Freud, B. Britten, R. Vaughan Williams. He also paints commission portraits - he was, inter alia, the 'court' portraitist of the Olsen family (owners of the ocean line Fred Olsen Cruise Liners). The second, very important part of his work for Kaldowski is his love for classical music and the immortalization of this love on huge canvases, which become part of the musical spectacle. In 2000, he painted a 22-meter painting "Four seasons, four seasons of life", which was shown many times during the concerts of the Polish Radio Orchestra "Amadeus" under the direction of Agnieszka Duczmal. These concerts were held regularly, and were filmed and shown on Polish television. They were also presented during concerts of the Torun Symphony Orchestra under the direction of Piotr Sulkowski. Mariusz has painted four additional parts, which are an illustration of the variations of Piazzolla's Four seasons. As a special commission for the celebration of the Chopin Year in 2010, Mariusz also prepared a huge Chopin triptych (1.5m x 6m), which is shown during the recitals of excellent pianists: Paleczny, Kenner, Blechacz, Wakarecy. Many other musicians in Poland and abroad played with Mariusz's paintings in the background: Konstanty Kulka, Prima Vista Quartet, Barbara Drążkowska, Izabela Buchowska, Agnieszka Panasiuk. He also painted a series of huge paintings illustrating Mussorgsky's Pictures from the Exhibition (2m x 7.8m). The last work is a painting interpretation for "Variations on the theme of Frank Bridg" by B. Britten (1.5m x 8m), which was presented in 2018 as part of the concert of the 50th years of the Amadeus Orcherstra with soloist Mischa Maisky. These two forms - classical music and fine art - complement each other by creating a unique spectacle of musical image. At the same time, all these years, compositions are drawn with a pen and ink on paper. Despite the traditional drawing technique, Kałdowski’s technique is unique. He uses various papers, textures and colours. Very expressive and deep drawings are created. They are like notes that are closest to the artist's heart. Important galleries - exhibitions: Barbican Center. London St David's Hall, Cardiff Gallery 27, Cork St, London Arndean Gallery, Cork St, London Menier Gallery. London Bankside Gallery, London St. John's Smith Square, London Il Bottaccio Gallery, Belgravia, London The Museum of Lancashire, Preston Riverside Studio, London La Galleria, Pall Mall, London The Old Market, Brighton Olympia, London St.Raphael Gallery, Piccadilly, London Palace of Art, Krakow BWA, Krakow Judaica Gallery, Cracow Farbiarnia Gallery, Cracow BWA, Kielce BWA, Katowice ZPAP Gallery, Bydgoszcz University Museum, Torun Dwor Artusa, Toruń Galeria Triada, Gdańsk Auction House Rempex, Warsaw (at least painting "Four seasons ..." as part of the Night in the Museums” Regular exhibitions as a resident artist in clubs and facilities owned by the National Trust (since 2009) Annual exhibitions as a resident artist in Regent's Park (2002 - 2013) Regular and long-term cooperation: The Webbs Road Fine Art, London (from 2000) The Art Gallery, Tedbury Buckingham Fine Art Publishers, this agent works with over 100 galleries in the UK He participated in art fairs in London and Manchester several times Important presentations of "musical" images with concerts: Munich, Paris, Edinburgh, Naohant, Valldemossa, Vienna, Lviv, Kharkov, Kiev, London
View as Grid List